my collection of dimes...

Most know that I lost my dad close to 4 years ago but not everyone knows about my dimes, I do mention the story from time to time and those of you who do know the story also know just how much it means to me and how much faith I have in my dimes.

So real quickly - here's my story of where dimes started to play a significant part in my life.

First off, I had a friend who had lost her dad and when we knew that we were losing my dad, she said, "TELL HIM TO LEAVE YOU DIMES!"  Of course my reaction was one that closely resembled a bitter-beer face because I simply just didn't get it. So she told me her story of asking her dad to leave her dimes right before he passed away, and sure enough, since his passing, she consistently finds dimes.  It sounded a little far-fetched but her story was amazing, but I was thinking to myself, "Screw that! I'm gonna ask my dad to leave me quarters, maybe even Sacajewea coins!"

So the time came, I had come from Utah to Idaho to spend the last moments of my dad's life here on earth with him.  I would have given anything in the world for the weekend to have never ended and to be able to lay by him in bed holding his hand with my head on his fragile shoulder for at least another trillion hours.  Of course that wasn't possible.  So when we were leaving that night and were saying our byes (I never say goodbyes - that means it's forever), I looked him right in the eye and said, "Dad, please leave me dimes."  And for anyone that knew my dad, you can imagine the look on his face, since he was never one to believe in silly little meaningful things like that.  And he said, "what?"  I said, "dimes - please leave me a dime when I need you most, when I'm having a bad day or just when I know that you've stopped by to check on me."  He gave me a questionable "ok."  According to the doctors, he still should've had another 2 weeks to live, but 2 days later we lost him.  When we did, I was in the middle of moving, cleaning out cupboards and drawers, and that week before his funeral, of course I found tacks and screws and broken crayons and stale cheerios but I also found dimes tucked far back in a corner of a drawer in a dark cupboard.  Sure, they could've been dimes of ours that we'd dropped but I chose (and still do) to believe they were the dimes that my dad was leaving me.  He got it!  As stupid as the idea was - he got it!  And he quickly came to my rescue and helped me build faith in something and to know that he really was there.

Since then, I find dimes in the most random places and at the most random times.  As for around my house, when I find them I leave them there as long as they're in a spot where they're safe.  But I also have my collection (but it's not all of them).  I nearly have a dime in every room of my house!

This dime is in the window seal in my dining room.  A couple of months ago I found it in the corner of my dining room below this window, instead of picking it up and putting it in my pocket I decided to place it in that window since I go there so often to open the window. 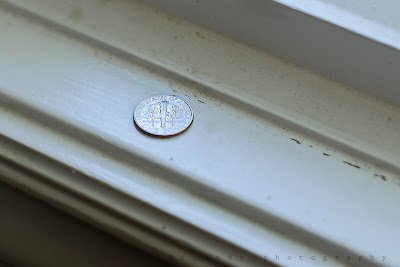 This dime is in between my washer and dryer. Yes, the floor is filthy between there but so is yours! Is it really possible to ever keep that area clean?? 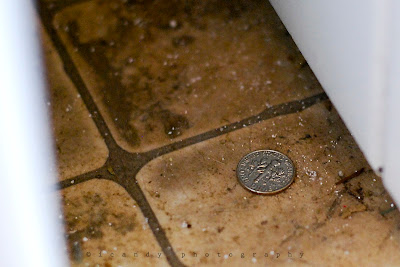 This dime is inside of my washer.  Yes, chances are that it fell out of a pocket when I was doing laundry, but it was there, all by itself, and that's where it's going to remain. 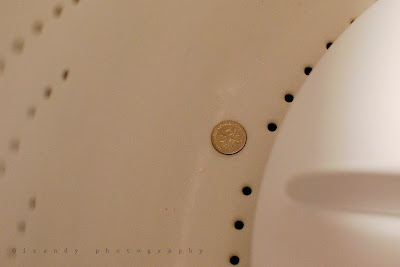 And here's another one stuck under my Bounce bar inside the dryer.... 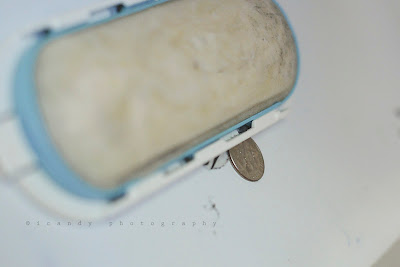 I don't remember where I found these 2, but they've been sitting in this little bowl on our bedroom desk for at least 6 months. 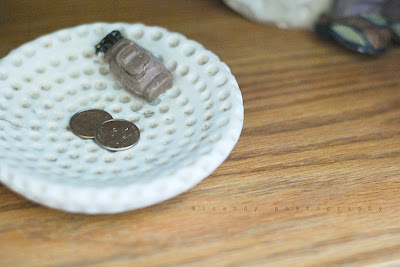 I can't remember where I found this one either but I do remember that I had put it in my pocket and then put it in this candle that's also on my desk. 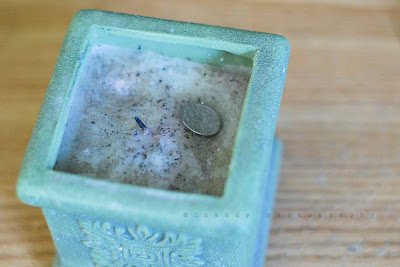 Here's a small collection that I've put in my jewelry box. 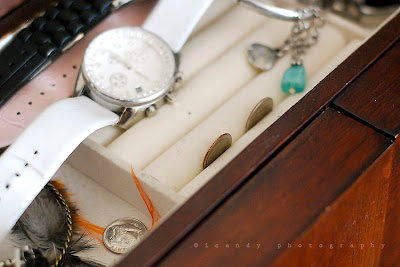 This dime is recent and sits atop of a little cupboard.  I found it when I was cleaning one day, quickly set it there, but have decided to let it stay there. 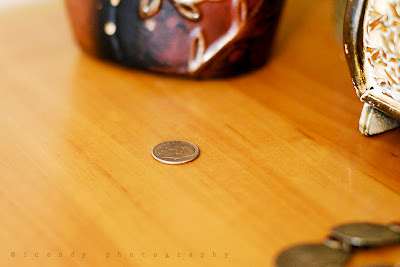 I know to some, this is strange and maybe even a little unrealistic, but to me it's very real.  Most people find pennies laying around, not me - I find dimes!

Posted by iCandy Photography and Design at 12:10 PM